Home
Wind & Flame
On Advent: the Gift of God Coming into the World

As a convert to the Christian faith, I find special meaning in the season of Advent. Throughout my childhood and youth, though I grew up in a Hindu family, Christmas deeply attracted my imagination. Traditional songs like “What Child is This?” and “O Holy Night” were hauntingly beautiful to me, perhaps all the more so because I could not enter into them through faith, but could only experience them from the outside.

My family adopted the customs of setting up a Christmas tree and exchanging gifts on Christmas morning, yet the celebration always had a certain hollow echo to it, as if we were simply speaking a word without understanding its meaning. Of course, we did not; and yet my heart longed desperately to understand the mysterious beauty of Christmas.

Who Was This Christ?

I knew that this time of year signaled the coming of Christ into the world. Who was He? Would I ever know Him? Ah, but He was only for those who had grown up knowing Him. I could only know Him from afar.

And indeed, I felt quite tangibly like one standing in the cold, peering into the window of a warm fire-lit home. I could smell the aroma of fresh bread from within, but could never partake of it myself. I longed to taste that bread, to experience the coming of Christ into the world. I felt this desire most strongly every Christmas season, and did my best to suppress it, until the season passed and I was able to lapse back into my nominally Hindu identity.

My First Steps in Faith

Fittingly enough, Advent also marks the time when I took my first steps towards faith nearly three years ago. I had started to live separately from my husband, finally breaking the cycle of an abusive marriage. As I began to recover from the trauma of what I had gone through, and to mourn the loss of our relationship, my heart began to open up to the healing grace of God.

I wasn’t even thinking of real faith yet. It was during that time that my mother made an appointment for me to get a massage. I was skeptical of something which seemed so unnecessary, so unlike me, but went in order to placate her concern for me.

The masseuse’s name was Angie, and that day she gave not just a massage, but the invitation to faith. It was the day before Christmas Eve, and as I shared with her some of what I had been going through with my husband, she asked gently about my faith, what I believed in.

I admitted to her that though my family was Hindu, I didn’t really subscribe to Hindu beliefs, and that part of me had always wanted to follow the Christian faith. I told her of my secret appreciation for the story of Christ, that I had read the New Testament many years before with great relish, but that I had never gone to church.

It was then that she said to me what no one else had ever said, “Go tomorrow. Just go.”

I objected, “Won’t they see that I don’t belong?” Surely it wasn’t so simple as simply walking into a church. Surely they would stop me from entering, once they saw I looked different than the rest.

The Invitation I Had Always Desired

She repeated what she had just said, ” Just go,” emphasizing that any church in the spirit of Christ would welcome me with open arms. As she spoke, my guard fell, and I realized that here at last was the invitation I had always desired.

This was not brute proselytizing, which I had experienced before with great distaste. Rather, she was answering the desire I’d already expressed. Her simple invitation was the key I had been longing for, whether I’d admitted it to myself or not.

The next day, when I stepped into a church for the first time, I experienced an immense peace I had never known before. Here was a glimpse of living faith; here was what love of God, in Christ, looked like. I discerned a warmth and light of fellowship there among the people, which felt like balm to my lonely heart. Though it was not the church I ended up going to, for it was a simple non-denominational church in my parents’ small town, that first glimpse of worship opened my heart to the possibility of faith.

I was no longer simply a bystander because of my Hindu upbringing. I had been given entry. At long last, I was able to step inside the house of Christian faith and to experience it from within, right at the time in my life when my heart was most desperately in need of God.

Called Out of Spiritual Captivity

I have remembered that day each Advent season since then. Indeed, I have come to understand that on that day three years ago, I was called out of my spiritual captivity into the light of faith. It has been said that Advent commemorates the centuries before Christ in which the Jewish people longed ardently for the Messiah, the One who would redeem them out of their exile and separation from God.

When would that time come? Who would offer ransom for their liberation? In this season of Advent, we are given the chance to enter into that period of deep longing for a Savior.

I too had been left to perish in the wilderness of an abusive marriage; I too had been wandering in the darkness of a life without God. Of course, I knew about God in those days, yet I had never really known Him in a way that made any difference in my life. Now, simply on that first evening when I stepped into a church and saw people gathered together as believers in Christ, I sensed God’s light leading me out of the darkness.

An Encounter with the Living God

Significantly, such awakening occurs in response not to any notion of God, but to the living God, incarnate in Christ. One cannot encounter a God who has not revealed Himself to us; and one cannot truly know God, unless He has entered history and become one of us. Among all the world religions, only the Christian faith offers this radical gift.

One could spend a lifetime meditating upon the mystery of the Incarnation, in which the Word became flesh, and dwelt among us. It is a gift far beyond words, and yet it begs the response of our hearts. This Advent season, let us take time to reflect upon the special light of God’s coming into the world. Give thanks for the light of Christ dwelling in our hearts, for in truth each of us has been delivered out of darkness.

As you give thanks, I encourage you to consider the people around you who still live in darkness, whether out of indifference or refusal to know the Lord. Offer special prayer for them this Advent. And if ever the opportunity arises, be courageous enough to invite someone to Mass. A simple invitation to share in the light of Christ may be just the words a soul living in darkness may need to hear. 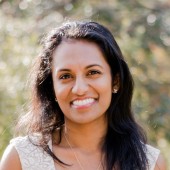